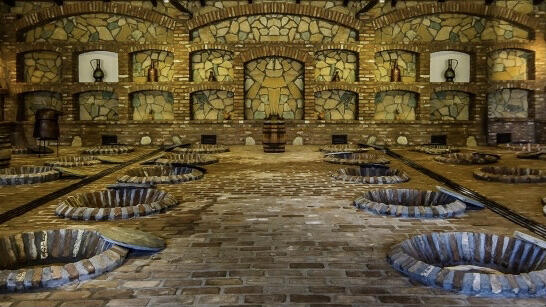 Vaziani was established in 1982 in Telavi in the region of Kakheti. Owners Mikhail and Irakli Iashvili and winemaker Zurab Akhalmosulishvili make 1.2 million bottles of amber, orange, dry and sweet red, dry and sweet white and dry and sweet rosé wines undre the Vaziani Winery and Makashvili Wine Cellar labels. Varieties used include Rkatsiteli, Saperavi, Khikhvi, Kisi, Mtsvane, Krakhuna, Tsitska, Chardonnay, Cabernet Sauvignon, Usakhelouri, Montepulciano and Merlot. The wines are fermented in steel tanks and traditional qvervri, 39 of which were discovered under the winery during renovation in 2012 and which are over 100-years-old. The winery owns 120 ha of vineyards from which 100 ha are planted with indigenous vines and 20 ha with international varieties and has plans to plant more. Diversity of wines and styles is a cornerstone strategy. The inspiration for the Vaziani logo came from the writings of Alexander Dumas writings, in which Georgian wines to the diversity and beauty of a peacock’s tail. 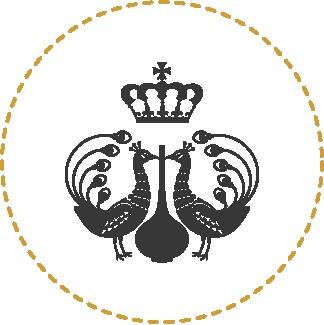