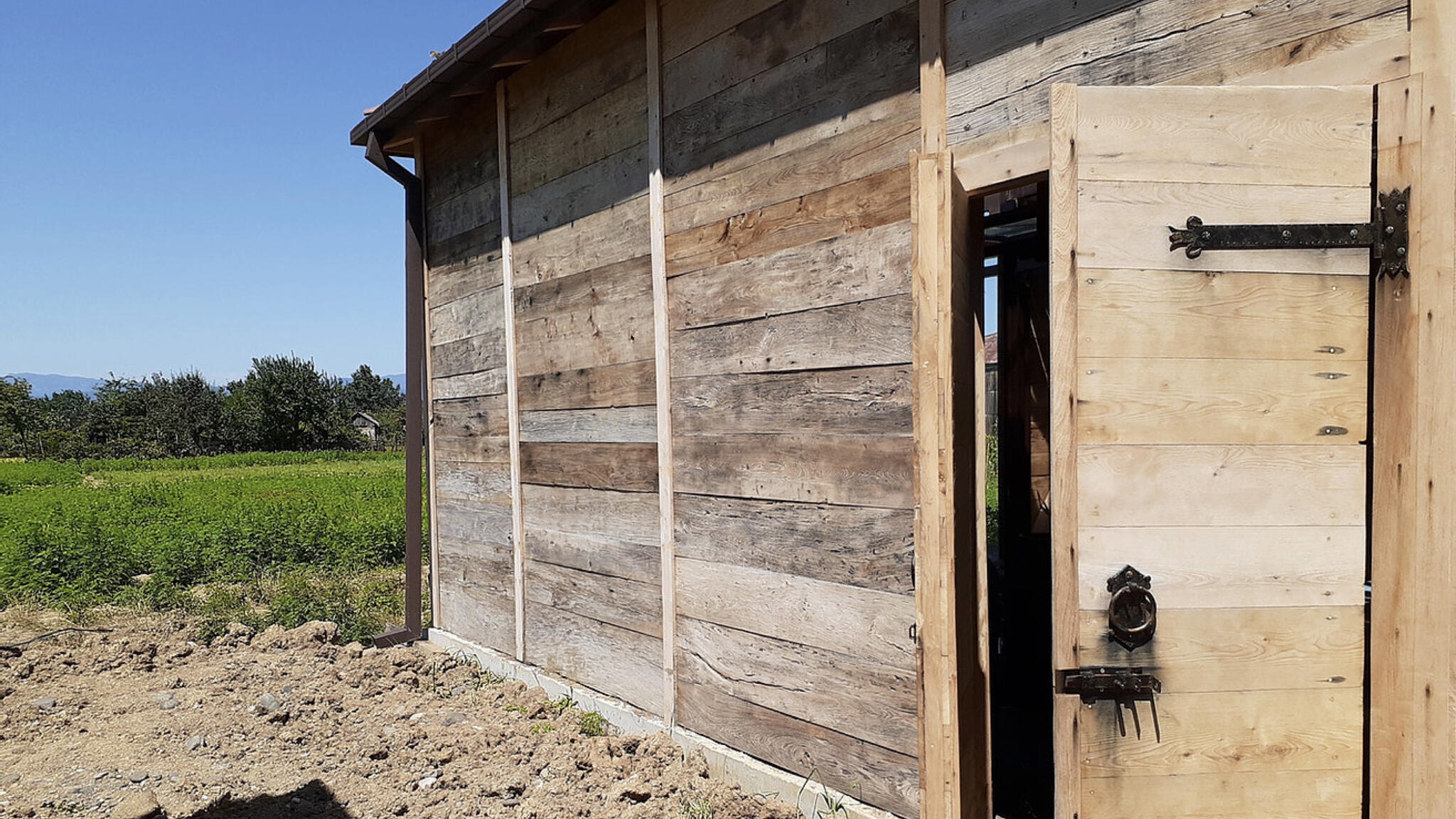 The palate is long and luscious with distinguished features of each variety standing out - a persistent finish of peach and nectarine from the Krakhuna variety and aromatic citrus freshness from the Mtsvane. It has a medium body and pleasant acidity on the finish.

Imereti is, after Kakheti, Georgia’s second-largest wine producing region. Its climate is very favourable for viticulture, primarily thanks to the warmth and humidity of the Black Sea to the west and the shelter afforded by the Greater and Lesser Caucasus mountains to the north and south. In addition, most of Imereti (70%) is mountainous, giving the region a rich and diverse group of unique terroirs. Sviri microzone is located in Imereti Region, Zestaphoni municipality, on the left bank of the river Kvirila. Here, the weather from May to October is mostly sunny and dry. Middle humid subtropical climate with mild winter and hot summer. Soil types of Alvian, clay and sand-clay soils, mainly with southern exposition. The large accumulation of organic and mineral substances helps to produce high quality wines. For this vintage, grapes from the Manavi microzone were also used. Here, growing conditions are humid with moderate cold winters and long warm summer which create favourable conditions for grape vegetation. The soil here contains high volumes of calcium which helps unleash the potential of the Kakhuri Mtsvane variety.

2019 was more rainy, which meant the Krakhuna grapes ripened late and the sugars were not concentrated enough. So grapes from the Manavi’s microzone were selected and added from the best local vineyards of Givi Beniashvili. The grapes were hand harvested then gently placed into 10-12kg containers.

Western Georgia is home to around 100 indigenous varieties of grape from which high-quality red and white wines are produced. The traditional Imeretian (western) method of wine-making is slightly different from the more well-known Kakhetian (eastern) one. Although both rely upon underground clay amphorae, the Imeretian method also calls for the addition of small amounts of pomace to the grape juice during fermentation. The Kakhetian Green grapes were transported to the cellar in refrigerated trucks on 24 September where the grape stalks were removed, grapes crushed then transferred into a stainless steel tank. Krakhuna grapes were crushed on 14 October in the classic way of making wine, using natural yeast. The wines were blended on 23rd December.

The wines were fermented separately and blended on 23 December to a ratio of 70:30.

The wine is pale yellow in colour.

Meaty fish such as halibut and cod, shellfish including lobster, shrimp, crab and scallops, subtly flavoured and simply seasoned poultry and pork dishes.

More from this Producer