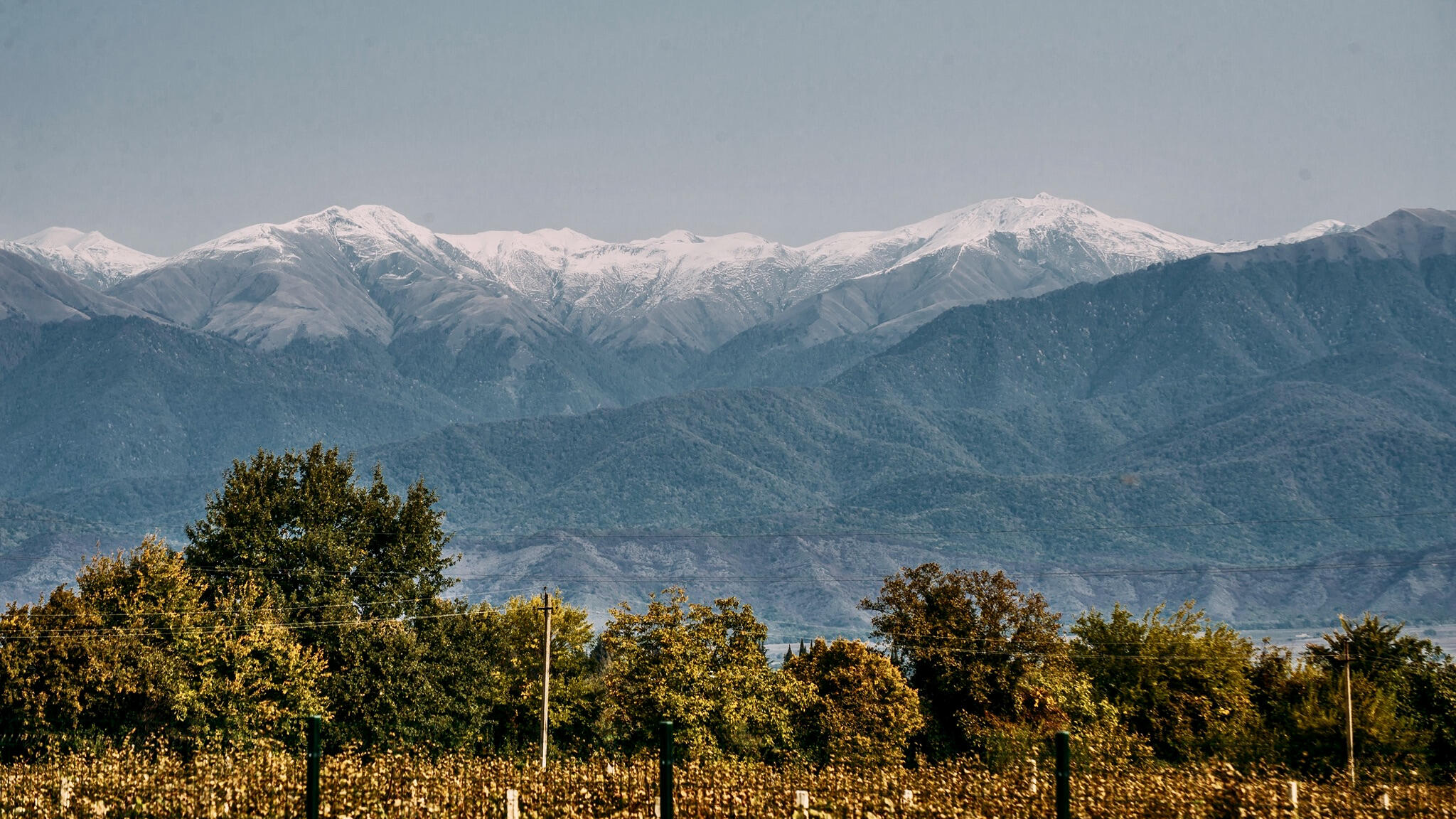 The wine is rich in the aromas of autumn field flowers, dried pumpkin, figs and dried quince.

Specific wine production creates rich unforgettable aromas, that are combined with the velvety tannins of grapes.

Umano Rkatsiteli Qvevri is an amber dry wine made from 100% Rkatsiteli grapes grown in the Kakheti region of Georgia. The vineyard is 22 hectares, sits 550mtrs above sea level, and is moderately humid and warm. The temperature averaged 35 ᴼC over July-August which facilitated the yield of quality grapes which was approximately 210,000 kg.

The winery has two winemakers, chief winemaker George Datukishvili and winemaker Theofane Sigua, who carefully monitor the quality of the grapes before harvesting. Due to the moderately mild and warm summer and autumn months, the degree of ripeness of the grapes rises by early/mid September and harvesting time is scheduled around this.

Due to the specifics of Rkatsiteli Qvevri technology, the finished wine was removed in the Spring (March) the following year and transferred to stainless steel tanks where it underwent cold stabilisation.

Rkatsiteli Qvevri is orange in colour.

More from this Producer